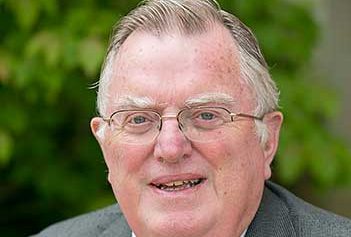 Gerald Bray teaches in the areas of church history and  historical theology. In 2006, he was named research professor, and is currently engaged in writing and speaking on a variety of theological issues.  A prolific author, Bray has published many scholarly articles and books, including The Doctrine of God in the Contours of Christian Theology series (of which he is also the general editor) and Biblical Interpretation: Past and Present. He served as editor for The Anglican Canons 1529–1947 and Tudor Church Reform, which contains the Henrician Canons of 1535 and the Reformatio Legum Ecclesiasticarum, and for three volumes in the Ancient Christian Commentary Series (Romans; 1-2 Corinthians; and James, 1-2 Peter, 1-3 John, Jude). He is the editor of the Anglican theological journal Churchman. He edited Galatians, Ephesians, the first volume of the Reformation Commentary on Scripture. His systematic theology God is Love was released by Crossway in 2012, and his historical theology God has Spoken was published in 2014. He is working on a theological commentary on the Pastoral Epistles. Bray is a minister in the Church of England.